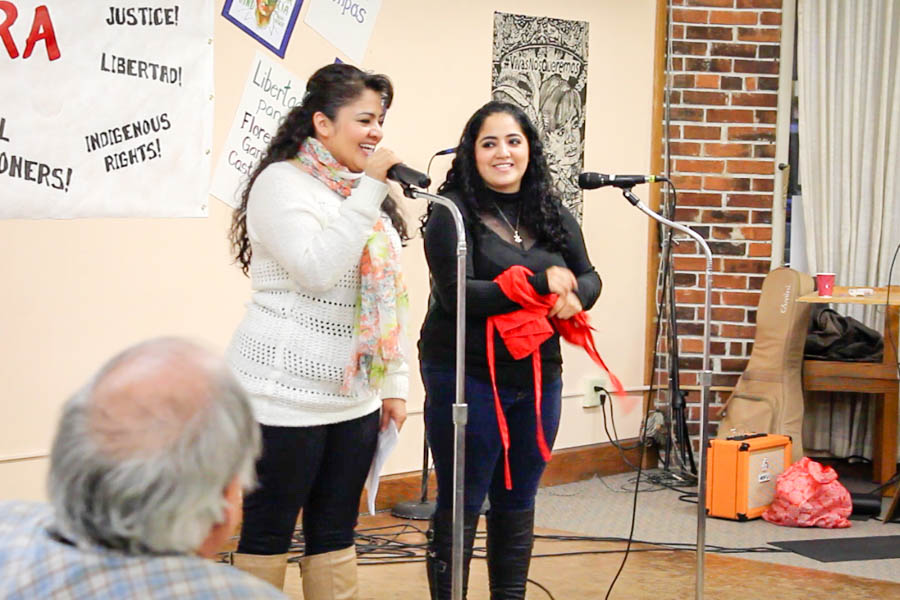 It’s not a rallying cry now, but a description of the grandmother and community police force leader who is back in Seattle after nearly 30 months in jail in Mexico.

Since her return Nestora Salgado has had moments of celebration, but the woman known as “La Comandante” is under no illusion that her fight is over.

“I need to go back because my people need me,” she said in Spanish, at an interview at her Renton home. “I know that community policing is necessary for the people, the organizing of the people. And if I can do it I’m going to do it, even I have to pay the highest cost.”

Salgado was accused of kidnapping in Mexico, but was exonerated by a judge who ruled last month that there was no evidence against her.

She was welcomed back to Seattle by dozens of supporters who threw her a victory party in South Seattle and joined her in a protest of the Mexican consulate, demanding the release of other prisoners.

But she says others involved in the police force in her hometown who were arrested at the same time as she was and booked on the same charges. They still face lengthy court battles, but unlike Salgado, her colleagues do not have the international attention that many believe enabled her exoneration.

“I feel happy because I’m here with my family and my daughters,” she said. “But at the same time, I have a lot of concern for my comrades who continue to be imprisoned.”

The evidence in her case was the same as her compañeros who were charged along with her, she said, and she now is on a mission to fight corruption and set them, and political prisoners throughout Mexico, free.

Read more at The Seattle Globalist.